HIIT Me With Training

Hey everybody, and welcome again to the Personal Edge Fitness Blog. I’m your host, Garrett Williamson, president of Personal Edge Fitness. Thank you so much for reading. Now you’ll notice that there’s a lot of these different fitness facilities that are popping up. Or fads, I guess you’d say that are popping up, and a lot of them are based on short quick fast bursts of training. You’ve got 20 minutes of this, 30 minutes of that, kind of things.  Makes me think back to Father Guido Sarducci.  He did some stand-up stuff too. He had a famous interview on Weekend Update and he was talking about a new book that he was going to come out with, you know, making a few dollars for the Vatican, or what have you. And he said he was going to come out with a seven-minute ab book, and the reason was coming out with the seven-minute ABS he said he was looking at the bookshelf, and there there was an eight-minute ab book out at that time. He said if you see 8 Minute Abs on the bookshelf, and see 7 Minute Abs right next to it, that sounds better, so you’re gonna buy that one instead. But anyway, brief fitness and attacking it makes me think back to something I was asked recently on a radio interview. And that was talking about fads in fitness. I was talking about one of the running themes, this fast workout.  I get a lot of questions about this, people coming in that haven’t done any fitness whatsoever. And they’ve heard that, hey, you can do this stuff in 15 or 20 minutes, you know, it’s no problem whatsoever. And it gets people really excited. And they want to know, what’s that all about? What’s this new fad? What is all this stuff out here? Well, it’s actually not new. It’s been around for many years. Today, I want to talk to you a little bit about what we call HIIT. That’s HIIT training or high-intensity interval training. What is it? Why do we do it? Where did it come from? Is it good? Is it bad? Should I get involved, the whole nine yards?  Now, I usually like to start everything with a definition. Let’s start with the history of high-intensity interval training.  We think of it as something that’s kind of new because it’s gotten really popular.  Fitness is like everything else. Everything old is new again. The wheel constantly gets reinvented, just like many aspects of fitness, they’re just some old rules that never really changed. If you want to lose weight, it’s pretty simple. Get your book out for this one take in less than you expend. That’s been since day one that’s going to be here now, and forever, Amen. If you’re interested in increasing your anaerobic capacity, well, high-intensity interval training is where you should be and actually, the first records of high-intensity interval training started back in 1910. If you’re a runner, you’ve probably been running for a while and doing a lot of training or training for races.  You’re probably familiar with what is known as Fartlek training. That’s a Swedish word, it actually means interval.  Back in 1910, a guy named Paavo Nurmi, who was a runner, had a trainer named Mallari Pakala. Now I’m sure I’m butchering that name, but they put together an interval training system for their training sessions. And also at the time, a Finnish gold medalist who ran in the Olympics named Hans Coleman (I may stick with fitness and stay away from some of these Finnish words what have you) also used interval training.  The runners focused on switching from fast to slow jogging intervals during training to improve stamina and strength. And believe it or not, that’s a form of HIIT training. The definition of HIIT training is interval-based training, anaerobic capacity interval burst training. And let me back up a little bit and talk about what anaerobic versus aerobic is.  Let’s get down to exactly what HIIT training is. It’s anaerobic training. Anaerobic is simple. Sounds like a complicated word, makes it sound like I earned my bachelor’s degree and my master’s degree but anaerobic simple- it means “without oxygen”.  Now my friend, idol, and biggest hero in this industry, Dr. Kenneth Cooper, coined another word, which I’m sure that most of you are familiar with.  It sounds a lot like anaerobic, it is aerobic, meaning “with oxygen”.  In 1960, he wrote a book called Aerobics, where he actually coined that word and its whole reason why men entered into our lexicon and as a matter of fact, that book is why I work in a multibillion-dollar industry, and that’s more information for another podcast, but you’ve got aerobic, and you’ve got anaerobic.  Alright, getting to the reality of each one of those; aerobic means bringing your heart rate up to about 70% of your maximum, your ability to keep it there for a certain amount of time, typically 30 minutes, whatever we call that conversational pace.  If you’re a little out of breath, but you know, you can sit there and complain about how much you’re out of breath for the next 30, 40 minutes to an hour, that’s aerobic.  You may think like you’re anaerobic, but I promise you, you are aerobic.  That is with oxygen now if you’re going out and sprinting….

Okay, Those of you that have paid attention to our previous blog, you’ll know that I am always drinking water.  I’m trying to hit my 100 ounces of water goal.  I hope you’re doing the same. So this is your reminder to drink right now. Water that is.

Taking another drink here, going to get to 100 ounces.

I’m at 72 ounces of water today, I hope you’re keeping up.

The way Olympic lifting does is something I battle with and even into the early 90s When I started training, I dealt with so many people that did not want to do squats. They didn’t want to do anything that looked like or resemble Olympic lifting. Why? What happened was Olympic lifting was built in the 1950s and 1960s and has been around for years. Its patterns are natural movements, actually a fantastic modality. What was happening was that people were doing it fast. They were doing it wrong. And every time they’d go and see the orthopedist or knee injury or shoulder injury they asked them okay, well what were you doing? The doctor would ask him what were you doing? So I was doing you know, I was doing squats? I was doing Olympic lifting? Well, their first instruction was of course don’t do that. And once you have an MD tell you don’t do that, that gets around quite a bit. A doctor says don’t do that. Well, that can kill that modality. And I’m worried that HIIT training may go that same way. But no matter what I’ve already had people come in and tell me that in my facility, “Look, I want to start with y’all. But I don’t want to do any of that high-intensity stuff, that HIIT.  Right now, a friend of mine got hurt doing that.” Well, there’s nothing wrong with the modality. You wouldn’t throw out the baby with the bathwater on this. So what happened with Olympic lifting, it has now come back in vogue, which I think is fantastic. But it’s also been tied to HIIT training. And I’m worried both of them are going to get thrown out if we’re not taking these precautions so I can’t stress them enough. I’m a big fan of it. I’ve been doing the opposite. So I started training. So I’d highly encourage you to check it out too. And especially if you’re an endurance athlete, you really need to look at the benefits of anaerobic high-intensity interval training. Hey, folks, I appreciate you reading along today. Stay tuned. Other entries coming up soon. This is Garrett Williamson, author of the Personal Edge Fitness Blog. Thank you so much for reading, and remember, stay hydrated.

Thanks for reading the Personal Edge Fitness Blog, by Garrett Williamson. Ask questions by calling 251-278-EDGE (3433) or message us on Facebook and Instagram @PersonalEdgeFitness or @TeamPE on Twitter and visit us at PersonalEdgeFitness.com 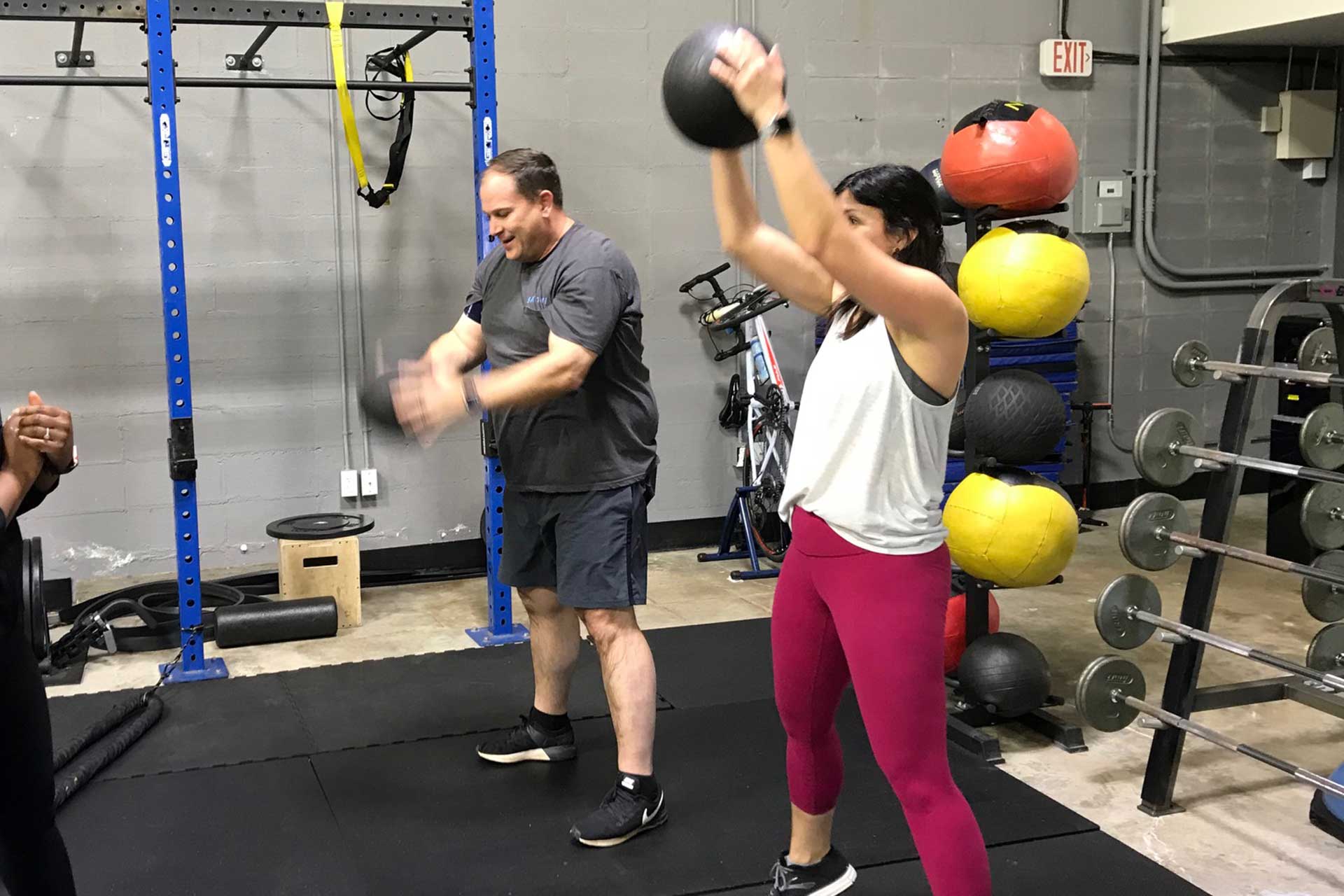 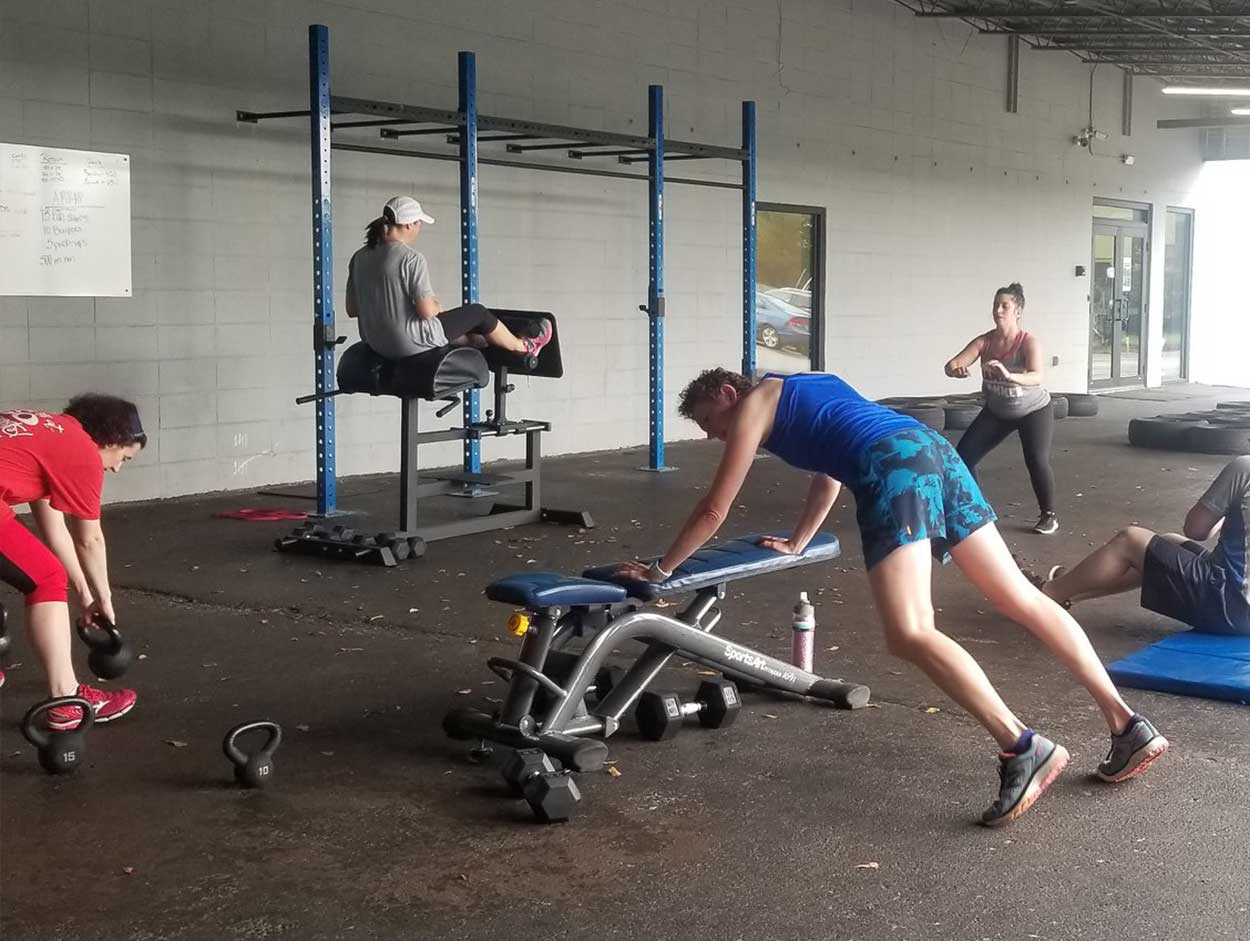 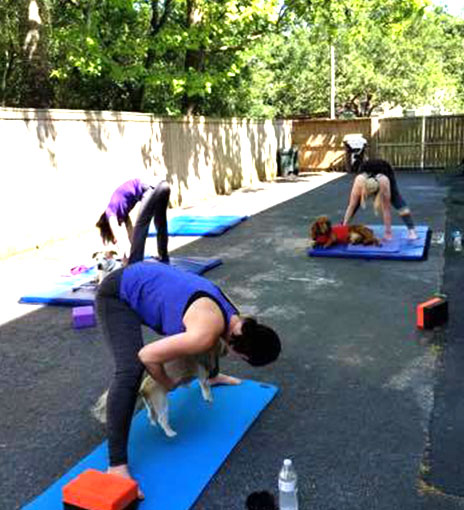