Ready to take your workout to the next level? Now you can improve your strength, speed, agility, and quickness to excel in any competitive sport. 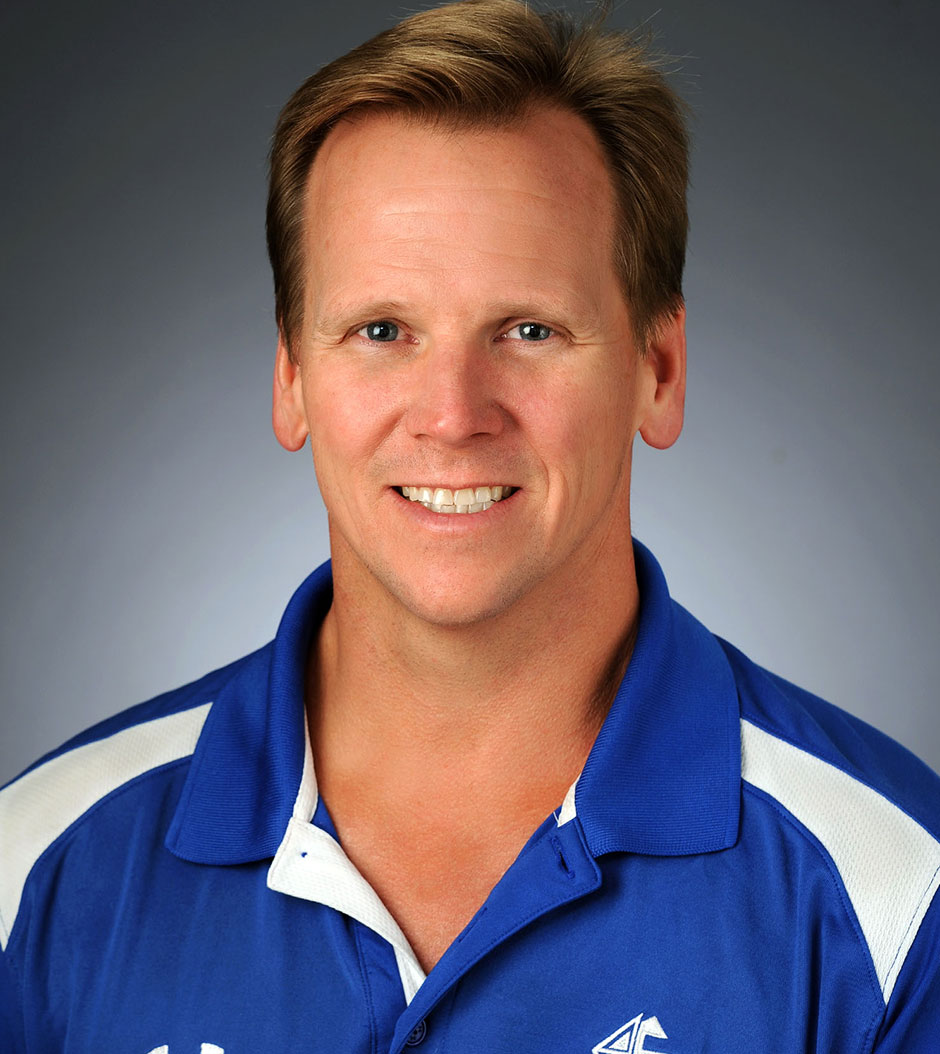 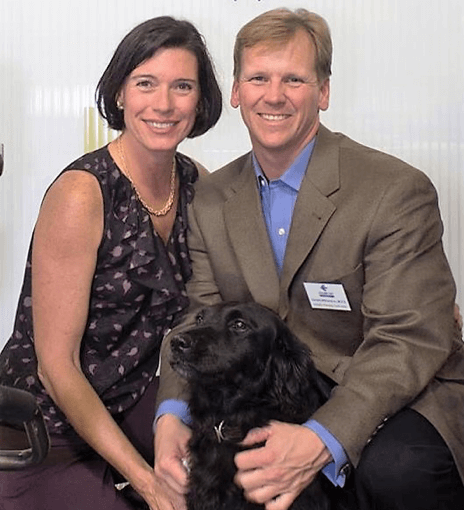 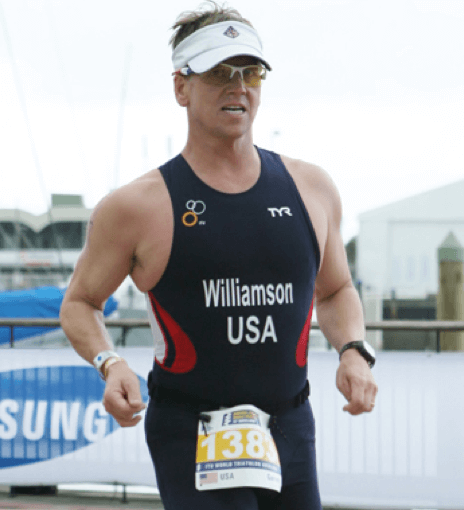 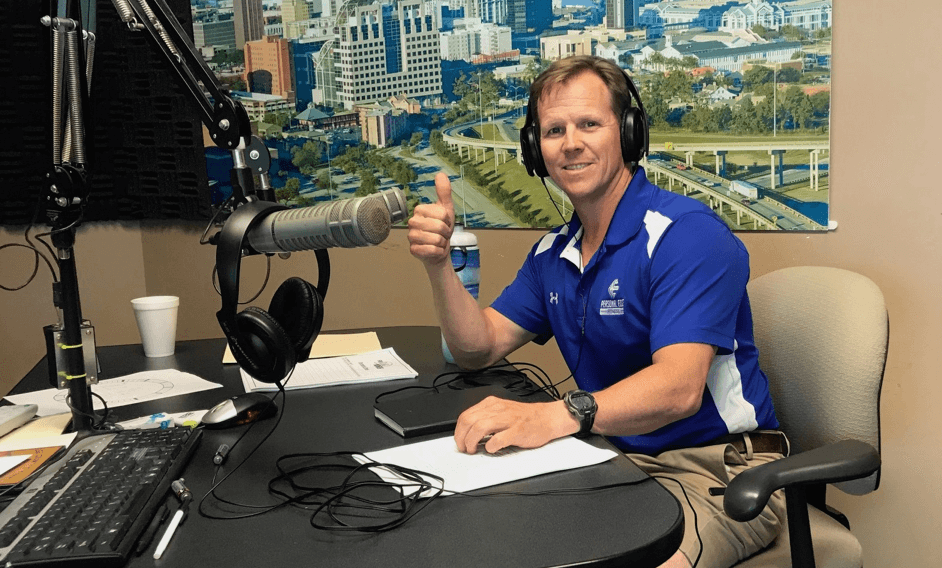 Born in Mobile, Alabama, Garrett is the son of Dr. and Mrs. Ivey Williamson and a graduate of UMS Preparatory School. Garrett attended the University of Georgia where he was a pole-vaulter on the varsity team for three years. He graduated with a bachelor’s degree in Exercise Science and continued on to complete his Master’s Degree in Fitness Management (MSS) at United States Sports Academy.

During his studies at the Academy, Garrett interned at both Dr. Kenneth Coopers’ Aerobic research facility in Dallas and St. Johns Medical facility in Tulsa, Oklahoma. While in Tulsa he taught gymnastics with Mike Thomas at Citadel Gymnastics.

In 2010 Garrett re-entered the competitive athletic field in Sprint Triathlon. In August of that year Garrett, along with his brother Ivey, competed in the USA Triathlon National Championships where they successfully qualified for Team USA and the 2011 World Championships in Beijing, China. In Beijing, Garrett finished 15th in the world and was the top American finisher in his division. Since 2011 Garrett has competed in two more world championships (Auckland, New Zealand 2012, and London England 2013) in both sprint triathlon and aquathlon.

Garrett is married to Stephanie Jane Eads from Jasper, Alabama. They are both very active with Save a Stray and their K-9 foster and adoption programs. They are the proud parents of five dogs and provide a temporary home to many fosters. They also love to travel and are avid scuba divers. 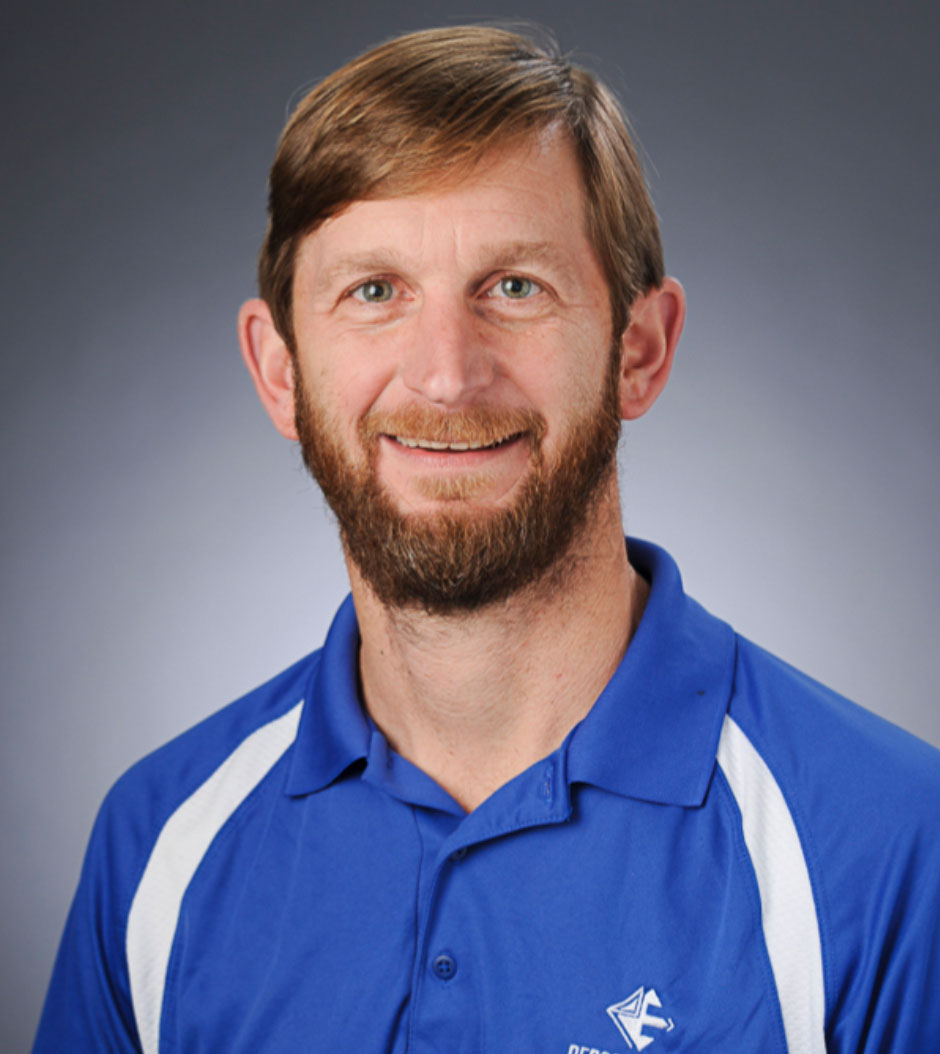 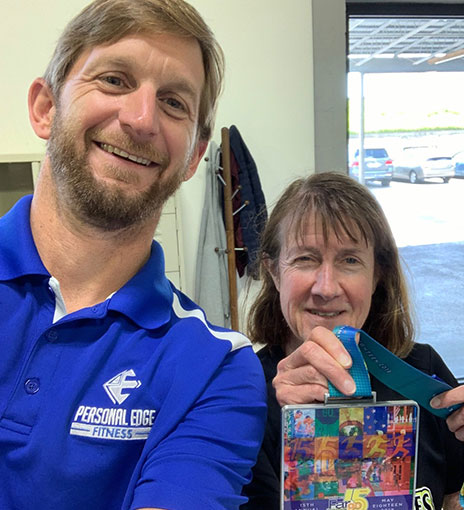 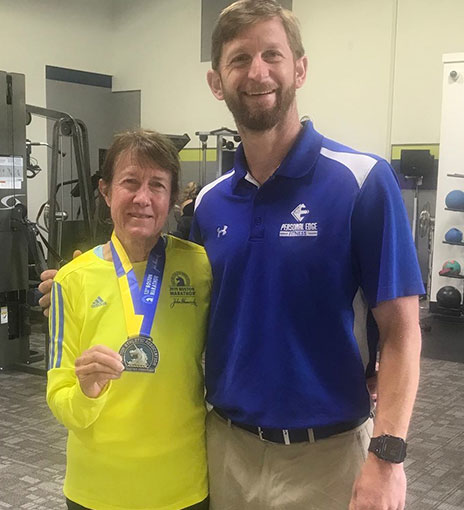 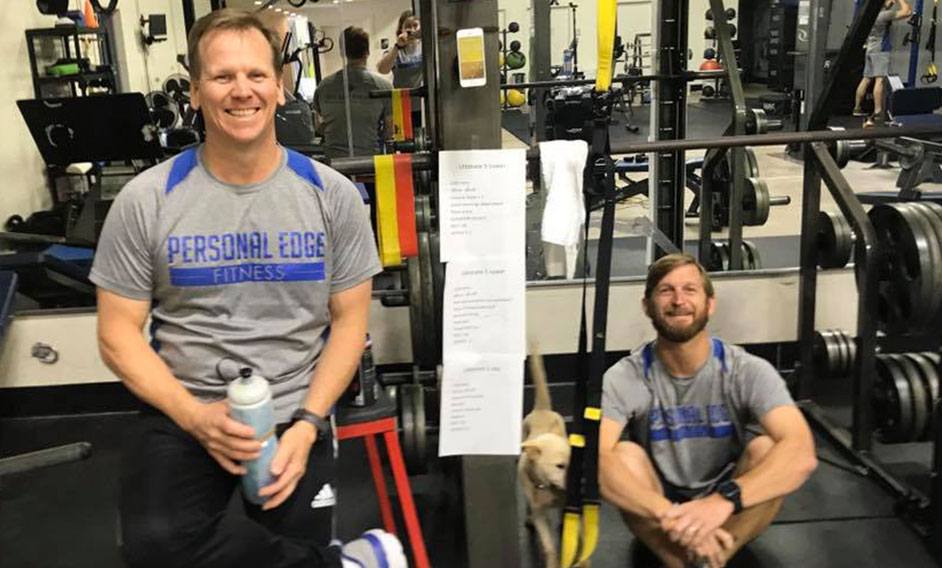 Born in Shreveport, Louisiana, and raised in Mobile. Gary is a graduate of McGill Toolen Catholic High School. Gary attended Troy University where he received a Bachelor of Science degree with a sports medicine emphasis. He has been working as an athletic trainer at Foley, Gulf Shores, and McGill Toolen High School prior to joining Personal Edge fitness in 2008.

Gary has a strong background in rehabilitating acute and chronic injuries as well as group fitness. Along with Garrett, Gary is a Team USA qualifier for the ITU world sprint triathlon championships in Beijing, China for 2011.

He is also the captain of Team PE, a group of clients and staff that attend local running events for fun and a little friendly competition with other local teams. He is married to Jennifer and they have two sons, Jacob and Charlie. 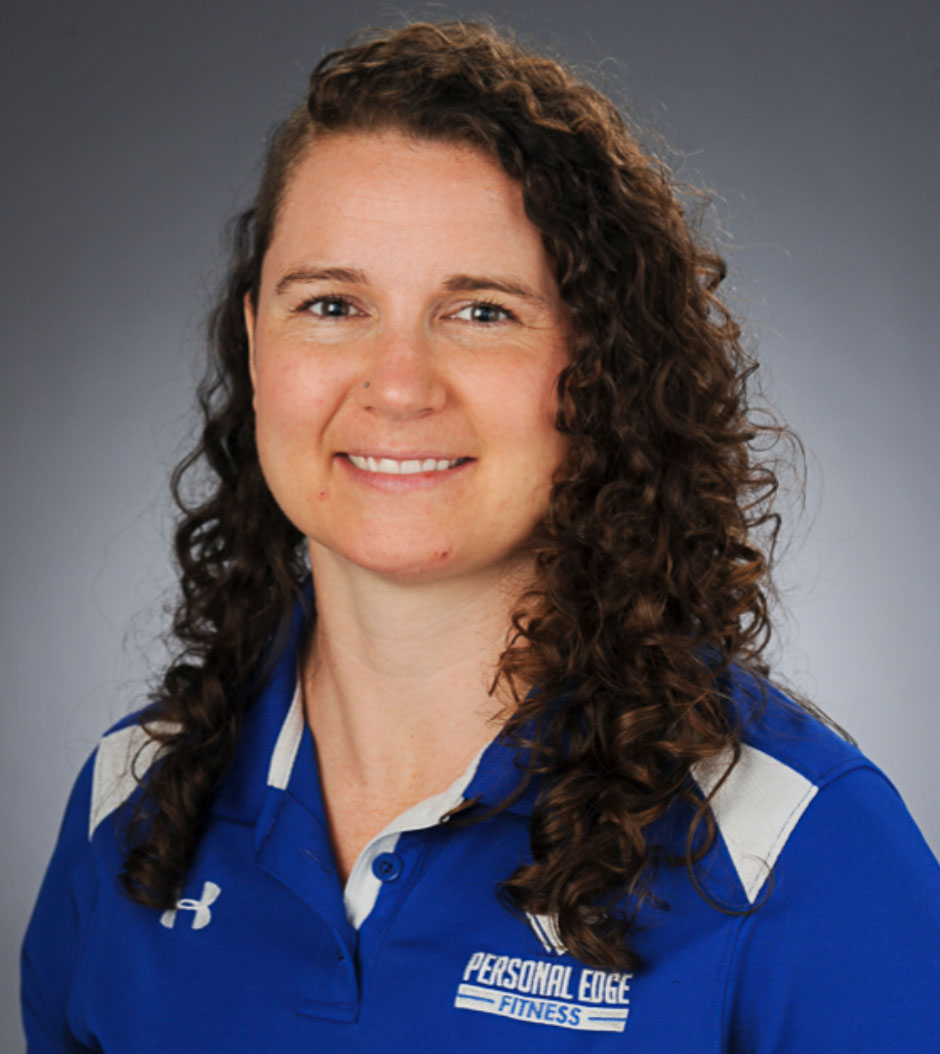 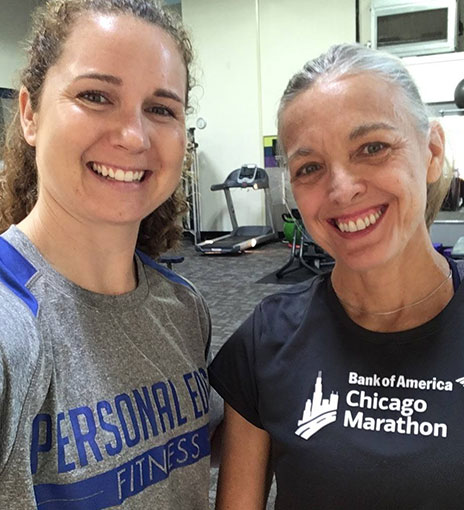 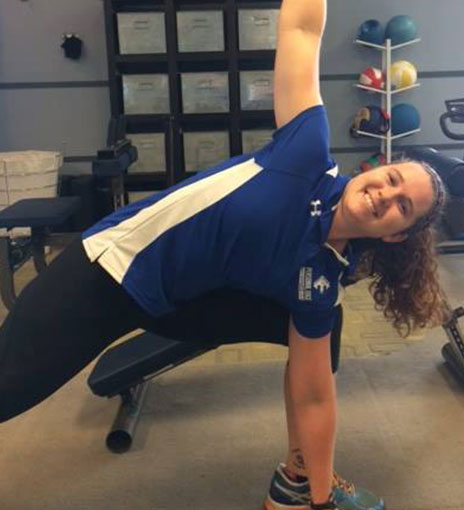 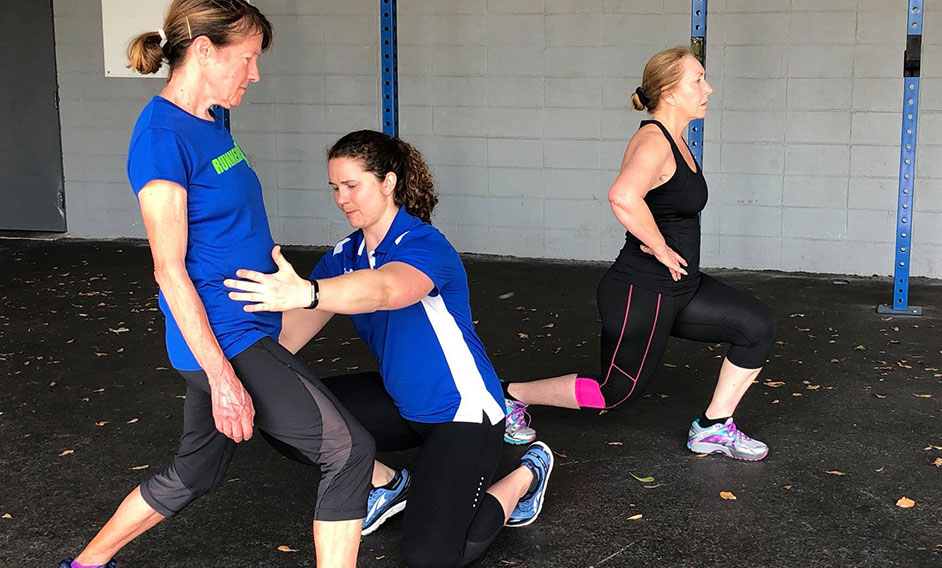 Lindsey is a native of Clanton, AL. She attended Troy University earning a Bachelor’s of Science in Athletic Training. After that, she went on to pursue her Master’s in Exercise Physiology at McNeese State University in Lake Charles, LA. While at McNeese, Lindsey worked as a Graduate Assistant Athletic Trainer for the Sports Medicine Department. She worked five years at Excel Therapy Services in Millbrook, AL where she served as the Sports Medicine Director for their high school outreach program. It was there that her primary responsibilities included injury prevention, evaluation, treatment, rehabilitation and return to sports. Lindsey has also earned a certification in kinesiotape application from the Kinesio Tape Association International and Speed and Agility certification from the Agility Training Institute.

Over the years, Lindsey was often asked to give tips on nutrition and exercise to a number of friends and loved ones. It was through this that her desire grew to help not only athletes but anyone to reach their health, fitness and activity goals. “I wanted to them to learn that there is nothing holding them back from living the very best life they can!”

Lindsey is an active member of South Coast Church serving on the hospitality team and singing with the worship team. She enjoys doing anything fun and active. Lindsey is also the proud parent of her fur baby, Sweetie. 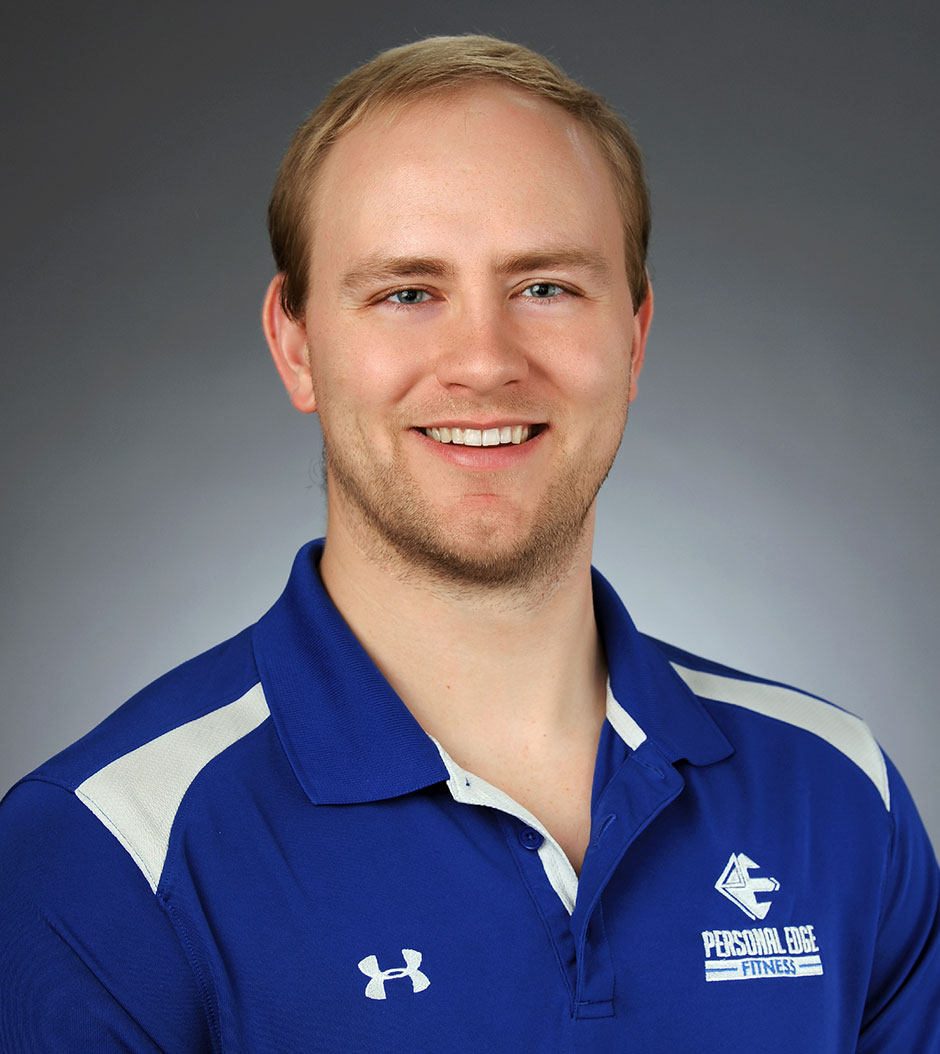 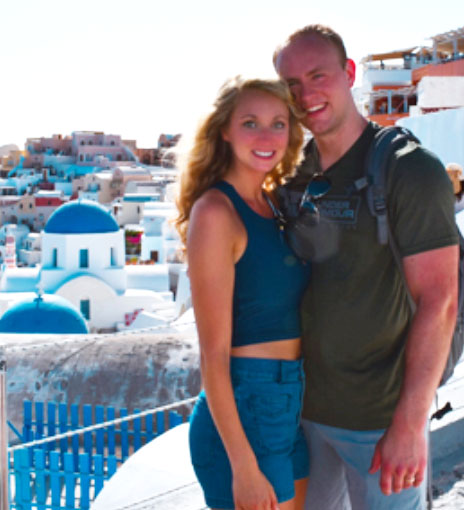 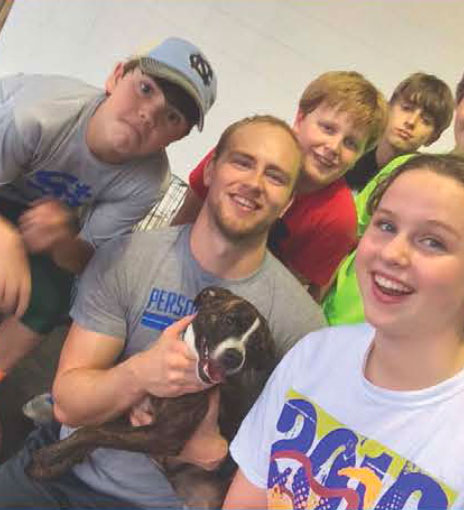 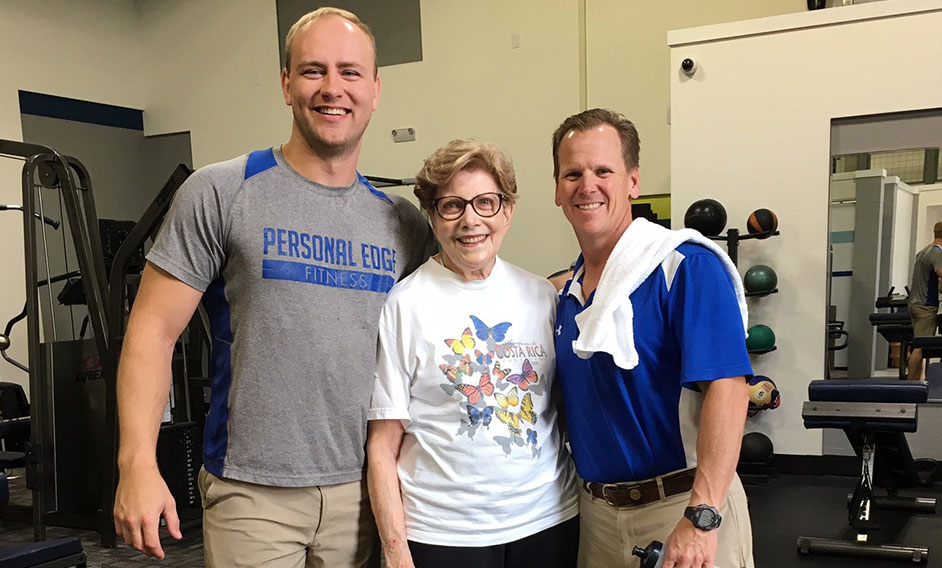 Besides personal training, Joshua is the Director of Personal Edge Fitness’s Youth Strength Program, which introduces young kids (8-12) to fitness. His favorite saying is: “Don’t just carry the weight of the world on your shoulders—do reps with it!”

Josh began playing basketball with the Upward Bound Program at church and his enjoyment of it continued from 7th grade on up to varsity.

From Athens, Alabama, he attended Faith Christian Academy (which is now Lindsay Lane Christian Academy), graduating in a class of only eight students. Josh’s mother was principal of his school and his father was the church pastor of Isom’s Chapel United Methodist Church.

The summer prior to junior high school, he went on a summer mission trip to the Dominican Republic where they played basketball.

Josh earned his degree in Exercise Science from the University of South Alabama in the Spring of 2015, and was subsequently hired in the fall after his internship with Personal Edge Fitness. Enjoying what he does for a living is only part of what he enjoys about being at Personal Edge Fitness. He says it’s like being with one big family!

In his spare time, Josh spends most of his free time with his wife Mackenzie (yes—they’re newlyweds!), working out, traveling, and hanging out with friends and his rescue dog “Blaze”. 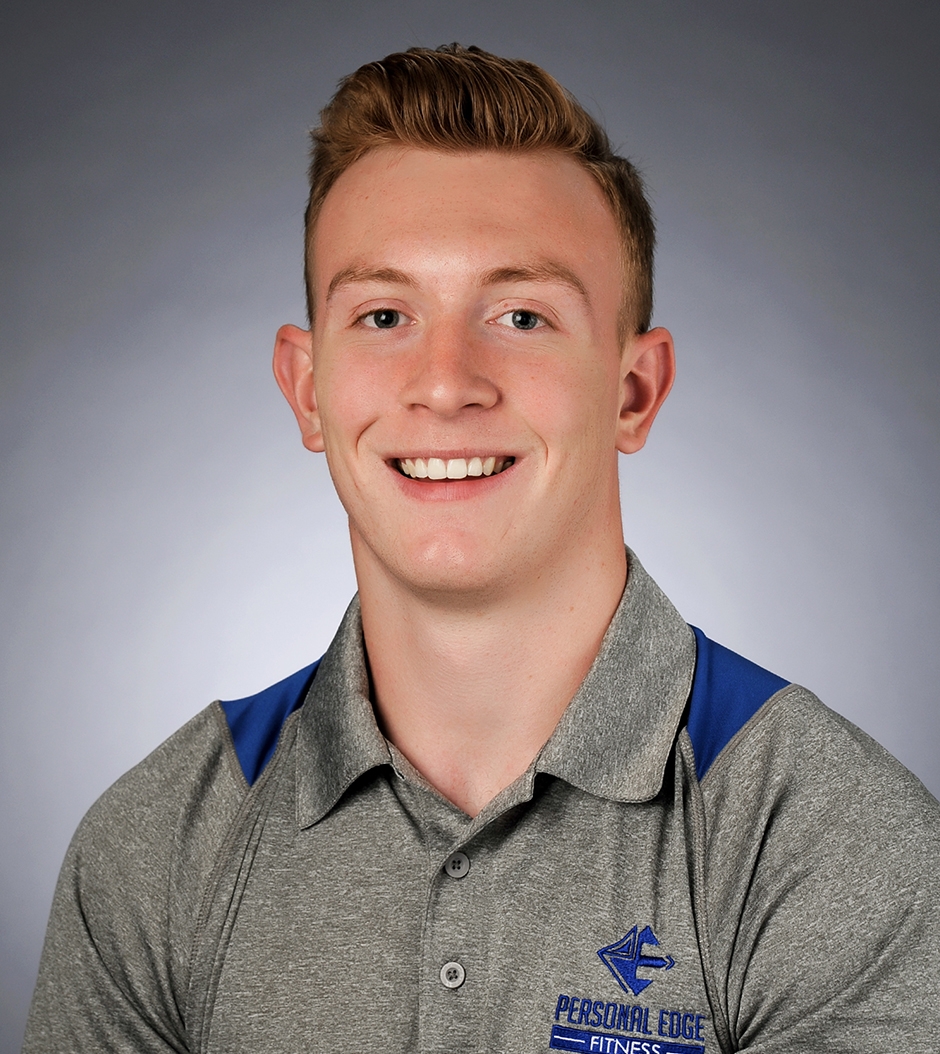 Raised in Petal, Mississippi, Charlie grew up with a love for sports, playing football and baseball. He attended Petal High School, where he was a starting linebacker for his high school football team. Following high school, he was awarded a scholarship to play for Jones College from 2017-2018, where they went on to achieve a winning record of 18-4 over the course of two years, win two back-to-back South State Champions, and win a bowl game. Charlie then transferred to the University of Southern Mississippi and earned his Bachelor’s of Science in Kinesiology with a focus in Exercise Science.

After graduation, Charlie joined Personal Edge Fitness in May 2021. He is accredited by the NSCA as a Certified Strength and Conditioning Specialist (CSCS).

Charlie has experience working with athletes from all levels ranging from youth to professional through internships with Traction Sports Performance and Jones College Strength and Conditioning. He is married to Katie and together they enjoy being active, hiking, cooking, traveling, and spending time with friends and family. 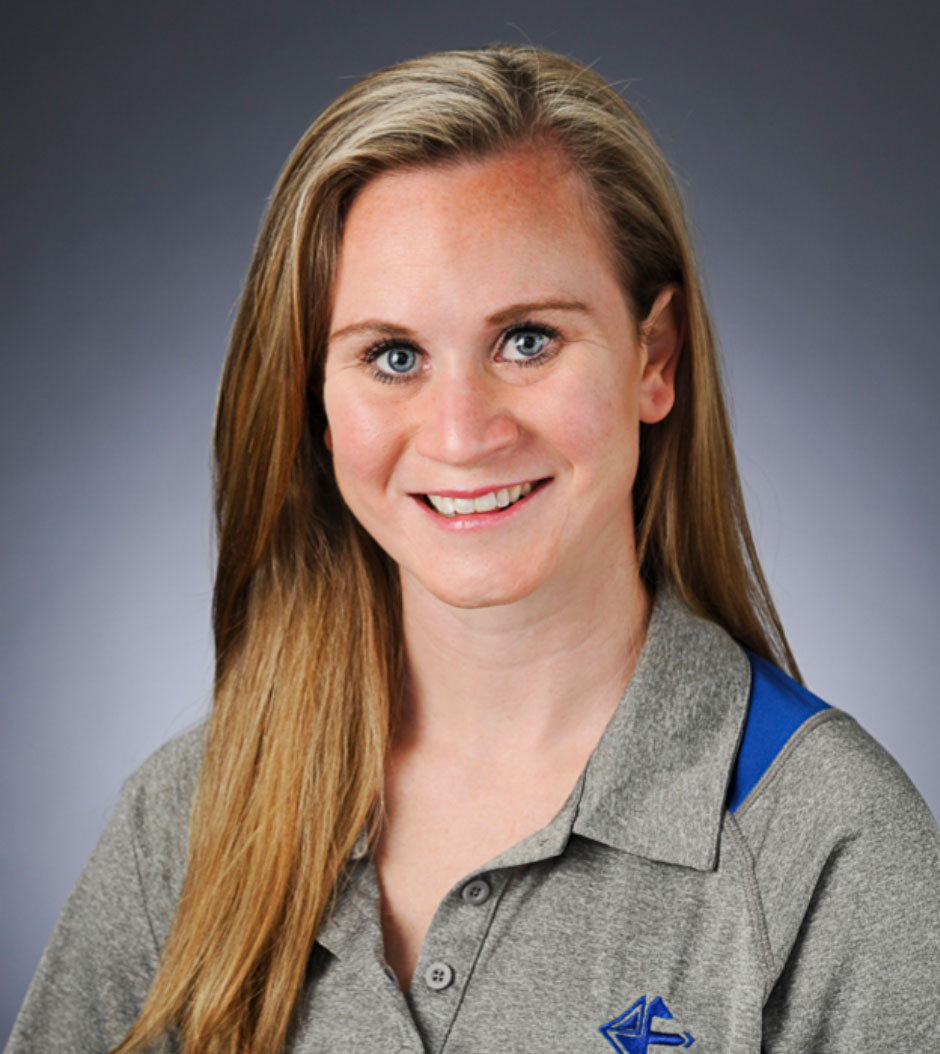 Born and raised in Fairhope, Alabama,  Emily is a graduate of McGill Toolen Catholic High School, where she was the 2009 youth National Pole Vault Champion following her competitive gymnastics career.

Emily then attended Troy University where she was very involved on campus. At Troy University, she competed as a pole-vaulter on the track team, was elected as the Panhellenic President of Greek Life in 2017, and a Trojan ambassador for the university. Emily graduated with a Bachelor of Science degree in Exercise Science with a focus in wellness and fitness in 2017. She then went on to complete her Master’s degree in Exercise Physiology at UAB in 2018.

Emily joined Personal Edge in early 2021 after working as Exercise Physiologist in Cardiology at UAB Medical. Her love for health and fitness began at a young age from growing up in her mother’s gym, Jubilee Gymnastics, in Daphne, Alabama, and through her own involvement with athletics.

Son of Tammy Smith Neron and Kevin Steiner, Hunter grew up in Ocean Springs, MS. Hunter attended Ocean Springs High School, where he was a three-year starter and all-state linebacker for the Greyhound football team. He was recently named to the 2010 All-Decade team. Hunter also played catcher for the baseball team and guard on the basketball team. As a high school senior, Hunter won the APA (American Powerlifting Association) National Championship for the bench press. After high school, Hunter attended Pearl River Community College on a football scholarship, where he played safety and linebacker for the Wildcats. He was also an active member and team representative for the FCA organization. After PRCC, he signed a football scholarship to play at Mississippi College. Hunter finished his athletic and academic career at the University of Alabama with a Bachelor of Science in Exercise Science.

After graduation, Hunter worked at a neuro and spine clinic where he worked with patients of all ages and abilities. After that, Hunter, along with his close friend and sports performance coach CJ Bailey, started an NFL pro day and combine prep training facility where he worked closely with some of the nation’s top athletes and college prospects. Hunter joined Personal Edge in July of 2021 after he and his fiance Myranda moved to Spanish Fort, AL. The most important things for Hunter are his faith and his family. 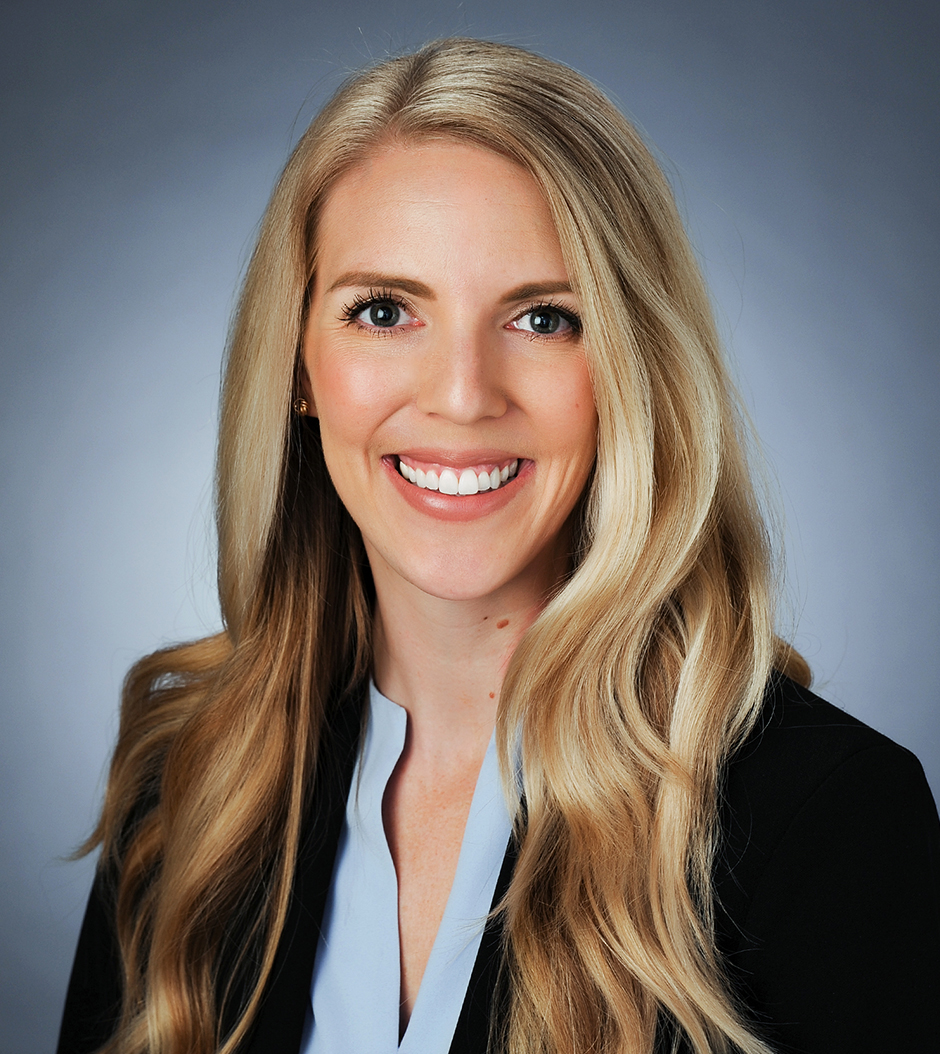 From Biloxi, MS, Arika grew up playing soccer and competing on the swim team throughout elementary, middle, and high school. Her active lifestyle led her to become passionate about health and fitness from a young age.

Arika earned her Bachelor’s Degree in Liberal Arts from The University of Southern Mississippi in 2010. Prior to joining Personal Edge Fitness in 2021 as their Administrative Assistant, she worked as a Regional Manager for Smoothie King along the Gulf Coast region. In college, she developed a passion for running and went on to finish multiple marathons.

Aside from running, Arika enjoys yoga, pilates, cycling, spending time outdoors, and being active every day with her husband John, and their 2 sons.